Ken Julian of Manatt, Phelps & Phillips LLP is a well-known white-collar defense lawyer with expertise in the Federal False Claims Act and how it affects health care. He discusses the opioid crisis, how it relates to health care fraud, and what types of companies have been affected by the government’s response. Julian told us, “The opioid crisis is a problem that has been festering and worsening for many years, and it is starting to gain momentum as a priority for law enforcement. So we’re seeing additional prosecutions of opioid manufacturers and distributors. In addition, the Department of Justice (DOJ) recently announced a new program called the Opioid Fraud and Abuse Detection Unit. This is a pilot program that will be spearheaded by the United States Attorney’s Offices for the Eastern District of Pennsylvania and the Southern District of Ohio, together with agents from the Federal Bureau of Investigation (FBI), Drug Enforcement Administration (DEA), and Health and Human Services-Office of Inspector General (HHS-OIG). The idea here is that the government will be using data analytics to examine the information from Medicare and other sources to look for fraud related to opioids. So they are looking not only at false claims but also at the diversion of substances.”

“Even though you can’t necessarily attribute all overdoses or fatalities directly back to the opioid crisis, the government is going to be able to look at the rates of overdoses and fatalities in different communities as a predictor for where they’re going to be looking. In other words, if you have a high rate of opioid-related deaths or overdoses, then that is an indicator that there may be people out there doing things illegally.”

“In terms of the False Claims Act, the government has made it clear that they are looking at different ways to address health care fraud, so whether or not there is specifically a link to opioids won’t matter. The government is going to be looking for any opportunity it can find.”

“There have been various settlements with pharmacies and drugstores related to dispensing opioids. Pharmaceutical companies face potential liability for aggressively marketing opioids, making them available in doctor’s offices, and failing to properly monitor what is going on with their products once they’re out in the market. The government is also looking at drugs like Zohydro (the first FDA-approved drug that does not need to be taken as often as other opioids) and whether or not they should have approved it in the first place.”

“For drug manufacturers, there are several different theories under which they may be held liable. First, if you made an inherently dangerous product, for example, when Johnson & Johnson’s subsidiary Ortho-McNeil Pharmaceuticals introduced Risperdal, a drug that caused men to grow breasts, the company was held liable under certain consumer protection statutes. Second, if you failed to warn customers of a drug’s dangers; for example, when Bayer introduced their Yaz and Yasmin birth control pills, the company did not disclose information to consumers about the increased risk of blood clots or heart attacks as compared to other birth control pills, so they were held liable. The company also did not warn doctors, and therefore the doctor’s claims were brought under a theory called ‘failure to warn’ as well. Finally, if you are improperly marketing your product, for example, when GlaxoSmithKline was found guilty of inappropriately marketing their diabetes medications Avandia and Avandamet, and their anti-depressant Paxil. The corporate integrity agreement with the Office of Inspector General will help to monitor their future conduct for five years.”

“The settlement regarding Oxycontin may be emblematic of a new approach that the government is taking. Since this settlement, we haven’t seen any additional lawsuits filed by the government against pharmaceutical companies. However, the field is very active with whistleblower lawsuits that have been filing in court.”

“It’s still too early to tell what kind of impact this settlement will have on other cases. That being said, even though it is only one case, it does send a strong message not only to pharmaceutical manufacturers, but to pharmacies, retailers, and drug distributors as well.”

« First Web Casinos: how they evolved until today
Here are 5 Ways to Protect Yourself as A Freelancer » 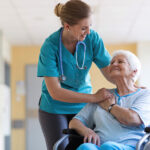 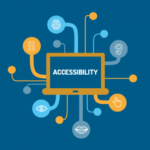 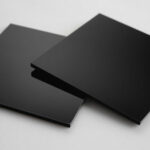 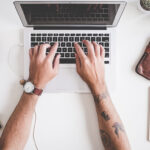 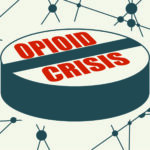 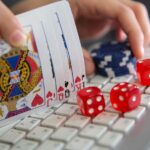