Student housing is a huge business. Firms dedicated solely to providing affordable housing for students (like Nelson Partners) with their staff and infrastructure. In addition, many companies provide student housing as a part of a larger property portfolio.

Most of these firms operate with the assumption that the traditional multi-year leases offered by institutional landlords are not attractive to student renters because they want more flexibility in where and when they live. This leads to the assumption that students prefer month-to-month leases or short-term leases of a few weeks or months.

But this is not necessarily so.

The first thing to consider in this discussion is what a student wants in housing. I assume most students would say they want a good value for the money, a safe and secure environment with easy access to their classes or job, and something that doesn’t cost too much. Many will also say that being next door to friends is important. Being close to major bus routes and shopping is also nice, but not nearly as important as the three things I already mentioned.

So how many students would say that longer leases offer a better value for their money? Let’s look at it from the perspective of someone who wants a cheap apartment close to campus with some friends. Would they prefer an apartment with a multi-year lease or an apartment with a slightly higher rate, but they only have to sign a 6-month lease? Would it be better if they don’t have to commit themselves for another six months when the current 6-month contract expires?

The reality is that most students are not looking for short-term leases. If they can find an apartment with a longer-term lease and the price is right, they will take it. Perhaps this is because many students know that signing another lease within six months means committing themselves to another year of housing payments. Or perhaps it’s simply because most students prefer knowing what their living situation will be like for the next year.

Perhaps students feel more comfortable with longer-term leases because they know the multi-year costs are consistent and predictable, which means they can plan their finances better. However, with shorter-term leases, there is always the chance that something might happen – maybe the roof will start to leak, or someone will burn out an electrical outlet – which will mean higher living costs.

Except for some students specifically looking for on-campus housing, I think most would agree that longer multi-year leases offer more security and stability. Many universities also require students to live in campus housing for at least 2 or 3 years, so you can see why many would want to find off-campus apartments with longer-term leases.

The next thing to consider is just how much flexibility do students need? For example, do they change apartments every month or two, and if so, why? Because most students don’t come from wealthy backgrounds, I doubt this is common practice.

The bottom line, most students are looking for something they can afford, where utilities and maintenance costs are predictable, access to their classes or jobs is easy. But, most importantly, they want to feel secure in what they will be paying for the next year. 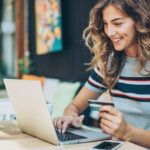 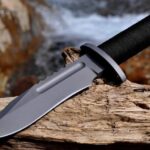 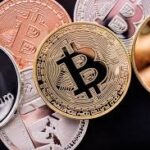