You cannot expect that all your marketing efforts will become fruitful. Some of them might fail. Worse, some failures are difficult to recover from. It is understandable if some of these campaigns do not work to attract people to buy your products. Just make sure you do not make serious mistakes that could tarnish your reputation permanently. It might be a simple strategy, but it works. Many companies made a mistake in the past because the people in their marketing team overlooked the error. For instance, some companies released a racially insensitive joke. You might wonder why it still got released. The answer is in the lack of a diverse marketing team. All the people at the table thought the joke was okay and they did not mind releasing the ad.

Stay true to your values

Some people decide to patronise your brand not only because of the quality of the products and services you offer but because of the message that you are sending. People get inspiration whenever they can. If you stay true to your company’s values, you will remain grounded, regardless of the advertising campaign you release. You will always ask yourself if the ad stays true to what you stand for; otherwise, you should not pursue the plan.

Another reason why you might fail in advertising is that you are unable to study your target audience. You have no idea what they want to happen. You also do not care about what they do. You only think of them as cash cows. As a result, your advertising techniques keep focusing on selling products and services. You will reach a point when your target audience becomes disengaged. They are not getting anything from your company apart from relentless ads that induce them to buy.

Do not capitalise on disasters and unfortunate events

When a natural disaster or an accident occurs that takes lives, you can reach out to those who got affected by releasing an official statement on behalf of the company. You can publish the information using various platforms. However, you cannot make a joke out of what happened or use it as an opportunity to sell your products. Some companies tried it in the past, and they received an intense backlash.

Some companies take a stand on particular social and political issues because they understand their impact on many people. Some of them used ads to condemn anti-immigration rhetoric or to promote environmental conservation. It is okay to make issue-based ads if they are relevant to the business and they could win over a lot of people. It is a problem when the ad starts to be in support of a specific personality. People might forgive you for being too passionate about the issues that you incorporated them in the ads, but not when you use your platform to promote a candidate.

You need to think of these things to avoid possible mistakes in your next marketing campaign. For instance, if you are thinking of customised sock printing, you need to be cautious of the text and image used. Avoid anything insensitive or derogatory. 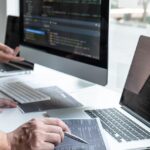